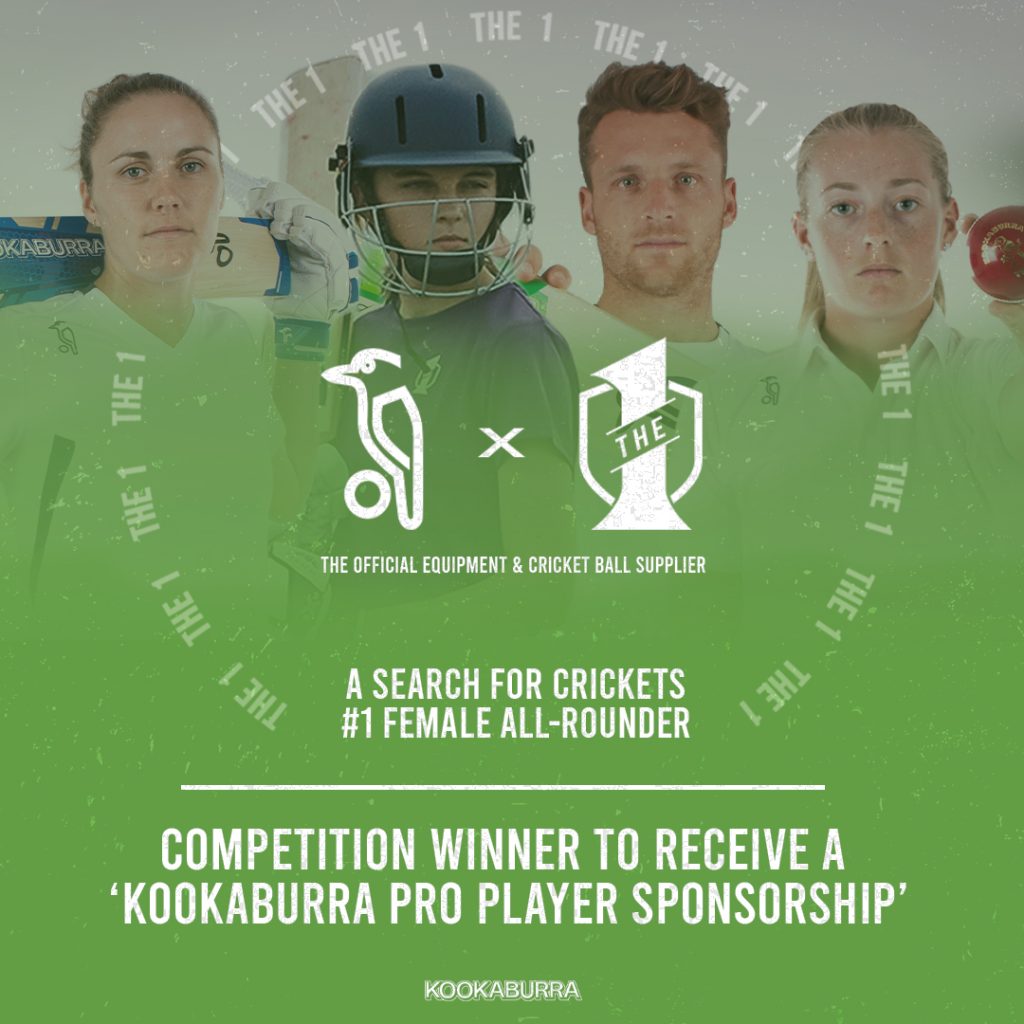 The 1 aims to discover cricket’s next number one female all-rounder starting with the inaugural competition for 12-18-year-olds at Trent Bridge Cricket Ground on Sunday 5th September.

Modeled on the popular NFL Combine in which athletes are put through a series of tests leading up to the NFL Draft, The 1 will challenge contestants from across the UK and Ireland on the three disciplines of cricket – bowling, batting and fielding.

The cricketer to score the highest across all three disciplines will be crowned the winner, taking home the trophy and prizes including an exclusive 12-month athlete contract and pro-player experience from Kookaburra. The contract offers a range of custom-fitted Kookaburra equipment including bats, gloves, batting pads, a kit bag and shoes, and a VIP visit to Kookaburra HQ in Corby.

The 1 is a product of Greenway’s popular online coaching platform the Girls Cricket Club, which aims to facilitate the sharing of knowledge, resources, inspiration and opportunities for girls in cricket, as well as serving as an independent voice for females within the game.

The partnership with Kookaburra, Greenway says will help to elevate female cricketing talent and provide equal opportunities to progress within the sport.

“Having the support of such a globally recognised and loved brand within cricket is huge for us in our inaugural year and shows the value, potential and appeal of women’s sport for brands. We are creating something truly special with The 1 and having quality partners who support our vision and our purpose gives us great momentum to build this concept,” she says.

Kookaburra Brand Manager Stuart Waterton says, “Kookaburra has a long association with a wealth of iconic players worldwide including Lydia, World T/20 number one all-rounder Natalie Sciver and World T/20 number one bowler Sophie Ecclestone. Having supported Lydia with her Cricket For Girls initiative, we are now delighted to be able to help her in the search for England’s next all-rounder. We look forward to meeting her and offering our support over the next 12-months as she seeks to make her way towards the international game.”