MADDY Reynolds has been crowned the inaugural winner of ‘The 1’ following the first nationwide search for cricket’s next number one female all-rounder.

The national competition was open to girls aged 12-18 and is run by former England cricketer Lydia Greenway and her newly launched online coaching platform, the Girls Cricket Club.

The 17-year-old attends the City of Norwich School and plays for Mildenhall Women’s and Ketteringham Men’s teams.

The competition, formulated by former England cricketer Greenway, was comprised of eight different challenges which assessed all aspects of cricketing ability to help find the best all-rounder. Similar to what you see in the NFL Draft:

The tests were designed to not just showcase each contestant’s athletic ability but also how they could perform in pressure situations.

During a nail biting final two rounds, the Norwich schoolgirl smashed the ball over the boundary in the Range Hitting challenge, before bowling the perfect Yorker to win the competition.

Maddy said: “I was very nervous especially when looking at the competition, and I never thought I’d win. I especially liked the aspect of being able to compare our own stats to that of England players on certain challenges. It gives you somewhere to reach to, a next step”

“If you’re thinking about entering, 100% do it. It’s a great experience and It’s competitive throughout the day. Everyone here thoroughly enjoyed themselves!” 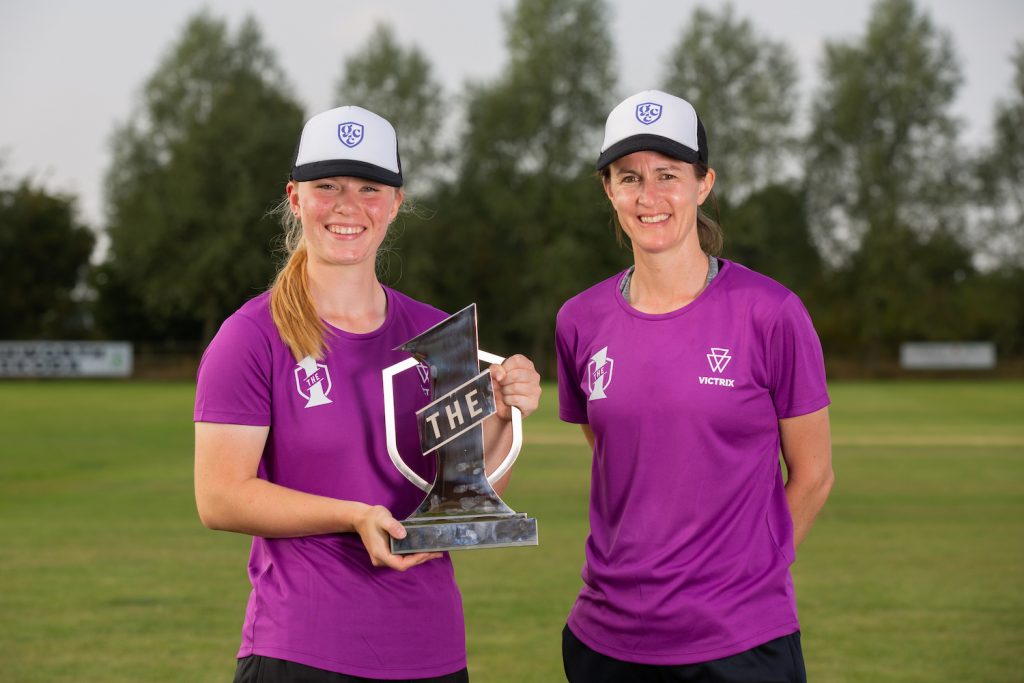 Maddy celebrates with the trophy with Founder Lydia Greenway

The girls weren’t just fighting for the title of England’s best all-rounder though, Maddy also took home a host of prizes, including: A custom hand-made bat, a 12-month kit sponsorship, 1:1 coaching with top internationals, a training day with a professional women’s cricket team and media training with a leading sports PR agency!

Every girl that took part on the day did fantastically and the standard of competition was extremely high. Watch Maddy’s winner interview below.

Even during its maiden year, the competition had no problem teaming up with some of the biggest brands in cricket. Partnering with footwear brand Payntr who provided a pair of spikes for everyone on the day, and Kookaburra.

“We were delighted to be able to help Lydia her in the search for England’s next all-rounder. We look forward to meeting the worthy winner Maddy and offering our support over the next 12-months as she seeks to make her way towards the international game.”

Do you think you’re number 1? If you think you’ve got what it takes to be crowned the number one female all-rounder in England, then register your interest for next year’s competition at the page here.